Specs don't matter. That's right. I'll say it again. Specs. Don't. Matter. Don't get me wrong, having the latest and greatest smartphone, for example, with the latest and fastest processor, coupled with the biggest screen is not necessarily a bad thing, but is the latest and greatest always the best? I think sometimes it's not. Of course, some will belabor the point, spouting off statements like, "But my processor is faster...", or "I have more RAM...", or "I have more screen real estate... Why wouldn't it be better?"

My answer to these questions is to take a look at the three, almost four, year-old iPhone 3GS. Even though Apple stopped selling them upon the release of the iPhone 5 this past fall, the 3GS is still as relevant and useful today, perhaps even more so, as it was the day it was released. I am a proud 3GS user, and while I could certainly upgrade (and had even contemplated a Nexus phone on a few occasions), I am not at this point even remotely interested in doing so. Here's why...

While the 3GS is now smaller than a lot of smartphones, and the current collective mindset of the tech community is leaning toward the bigger is better mantra (with Apple even elongating the iPhone 5), I feel the 3GS is the perfect size. It sits securely in my hand (meaning it won't easily fall out), and my thumb can easily touch every point on the screen when the phone is in portrait orientation, thus making it perfect for one-handed operation. Furthermore, the 3GS fits perfectly in the right front pocket of my jeans. I don't even feel it there. 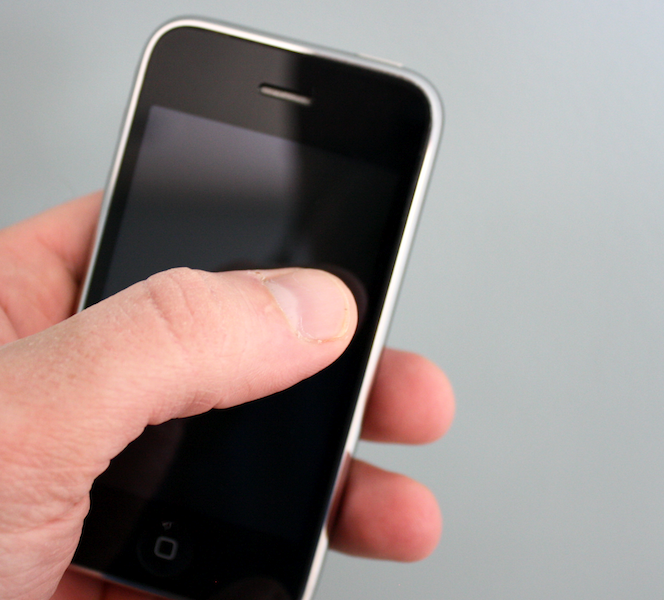 The screen, while not a retina display and certainly not the largest out there, is still perfectly readable and clear. It is plenty bright, and most importantly, the onscreen keyboard is perfect for typing in either portrait or landscape mode. I sincerely believe that I type faster on my iPhone than I do on a normal keyboard, thanks to the fact that the phone is smart enough and I have used it long enough for it to accurately auto correct what I type.

Lastly, the form factor of the 3GS lends itself to durability. Hopefully I don't jinx myself for saying this, but I have dropped my 3GS multiple times, and it hardly has a scratch. Since I prefer my phones with no case (as God intended them), durability is important to me. Other than some natural wear on the back (the black backing is a tiny bit faded), my 3GS still appears new.

You have to hand it to Apple. The iOS software model is second to none. Unfortunately, most Android users (unless they bought a Google Nexus device not on contract or have a rooted phone) are beholden to both the manufacturers and the carriers to receive updates to their OS. In fact to some, like my parents who both use first gen Motorola Droids, using a phone with an outdated OS is just fine, and if it were just an issue of not having the latest and greatest features, that would even be fine for me too. However, most Android phones have security vulnerabilities that will never be remediated, due to the lack of timely carrier updates. Some phones never see an update. If you think about it though, it is in the carrier's best interest for you to upgrade your phone and sign a new two year deal in the process, not for you to use your phone as long as you can. Also, given Android's open nature, the carriers can and do modify Android to their heart's content, throwing on top of Android things like clunky user interfaces and crapware. 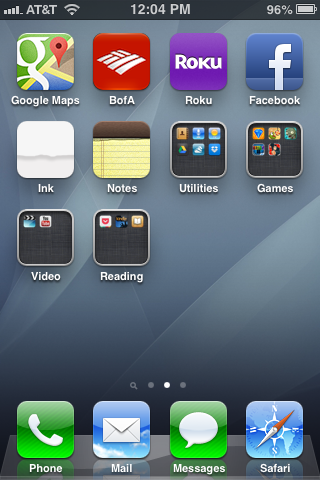 In contrast, my 3GS, even at three years old, is running the latest version of iOS (6.0.1), and with a few exceptions, many of which are met with the use of third party apps, the 3GS has all the features from a software perspective as the iPhone 5. For instance, I don't have turn by turn navigation in Apple's Maps app but I do through the Google Maps app. I don't have an offline reading list in Safari, but I can read later through Instapaper or my favorite, Pocket. It's the same iOS. My 3GS' iOS 6 update was also applied in the same manner (directly through Apple, not AT&T) and at the same time as the other, newer iOS devices. Although to be fair, the 3GS will probably not see iOS 7.

Regardless of update methods and regardless of being able to run the latest and greatest updates, my 3GS simply just works. Due to Apple's well built, easily accessible, and vast app and entertainment ecosystem, I have everything I need to work efficiently and have fun. The 3GS is still plenty fast. In fact it is actually faster, at least in my opinion, with iOS 6 than it was with iOS 5.

I say all that to say this. The next time you get the upgrade bug (as I often do) take an account of your current device. If it fits your needs and is still fast, if it still basically works just as well as the day you unboxed it, ask yourself, does it really need replacing? As for me, I plan to stick with my 3GS for quite a while longer.