Apple has these really cool, art directed stories on their site - a series called “Life on iPad”. I too have an “Apple Story”, but mine is a little different than you might imagine.

I used to be a die-hard Apple fan. It all started in 2008 when my wife and I decided to purchase an iMac, to replace an aging dual booted Suse Linux / Windows XP desktop that we had had since about 2004 or so. A Mac was a great compromise for us back then. I got something that was not Windows and was sort of Linux-like under the hood (Unix), and she got a reliable machine that would run all the mainstream programs she was used to using, like Office and iTunes. (Being a long time Linux nerd, I had tried to switch us over to Suse Linux, but that attempt failed miserably, as she could not get past the need for those mainstream programs.)

Needless to say, with us being happy with the iMac and our iPods, iPhones followed shortly thereafter, and I found that I had become a die hard Apple evangelist, converting everyone that I possibly could over to the Apple ecosystem. I loved that with OS X and iOS, things just worked. Apple brought simplicity to what had been needlessly complex. I spent less and less time doing computer maintenance and related tasks and more time actually enjoying and creating things with my iMac (and iPhone).

However, somewhere along the line, the luster of Apple's shine wore off. The “reality distortion field” faded. 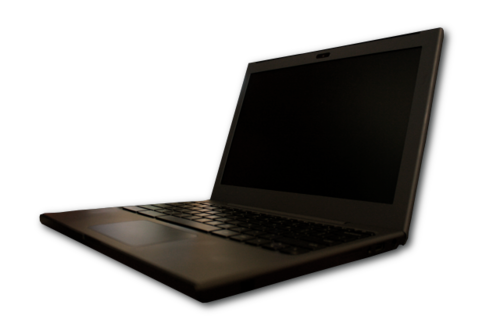 I cannot pinpoint exactly when this happened, but in retrospect, it probably started when I received my Cr-48 from Google. The Cr-48 was the first prototype Chromebook. On a whim, I had signed up for the Chromebook pilot program back when it was announced, but had long forgotten about it, until one Friday afternoon in January 2011, when the little Cr-48 from Google showed up at my front door, completely out of the blue. I have long been a fan of what I call “good enough computing”, and I quickly found that my little Cr-48 had become my main computer (aside from my iPhone). I cannot tell you how many times I passed up on opportunities to get an iPad or a Macbook Air because my Chromebook perfectly served my needs. The Chromebook led me to decide that a Mac was no longer a good value proposition. Why would I fork over at least $900 of my hard earned money for a Macbook, when a $250 Chromebook did everything I needed?

Then came iOS 7. Holy crap, what a mess. I thought Windows XP was bad from a user interface standpoint, but in my opinion, iOS 7 took ugly to a whole new level. Now, what makes a beautiful user interface is entirely subjective, of course, but in my opinion, iOS 7, with its pastels and poorly implemented transparencies, looked to me like it had been designed by Fisher Price. The animations made me nauseated. The lack of clearly defined buttons made no sense to me. Why would Apple design an operating system that had to be tweaked in the accessibility settings just to make it less cringe worthy?

By this time, my daughter (who was a one year old at the time) had broken the hinges on my Cr-48, rendering it useless beyond repair. While we still had the iMac, my main computer really had become my iPhone, and it was by this time that I had become disillusioned with iOS as a whole. Where I used to value the simplicity of iOS, it had become too simple for me. I wanted more power, and based on the research that I had done with regards to the features that I was looking for, Android fit the bill. I won't bore you with why I feel Android is technically superior, as this article is not meant to convince Mac or iPhone users to abandon their platform of choice. It is only my opinion anyway.

Due to reasons of necessity (my wife purchased some Windows only monogramming software), I have since also purchased an el cheapo Windows 8.1 notebook, and I have to say that I have been pleasantly surprised by the experience of using Windows 8.1. I have also realized that in today's world, its the services that matter, not the machine you use to access those services. Sure a Mac may last a long time (my 2008 iMac is still trucking along after a RAM upgrade), but for me, they don't justify the cost. In fact, no gadget does. In my humble opinion, computing devices are all now commodity items, made in places such as China. While some people try to justify their purchase of an Apple product as a mindful purchase (I did), the fact of the matter is that there are simply too many moving parts that will be outdated too fast. It does not matter the make and model, an electronic device is not an heirloom. A $250 Chromebook, if properly cared for, will last just as long as a properly cared for Macbook Air, especially given Apple's new proclivity for soldering the memory to the logic board.

This is one of the things that worries me about the Apple watch. If Apple is going to make something like that and then actually market it (and price it) as a high end watch and not as a wearable gadget like the Moto 360, they will need to be prepared to support that Apple watch for a very long period of time. Unfortunately, given Apple's track record with legacy device support, I think those super high end Apple watches will not have the longevity Apple intends. But I digress... I prefer my analog watches anyway.

There are a few things that Apple needs to do differently.

The following list contains some things that I feel will make Apple better:

Having said all that, there are still some good things about Apple and their products.

I feel that they are opening up more and more as a company. They appear to really be listening to customer feedback and making changes accordingly. Under Steve Jobs, things like third party keyboards on iOS would have been unheard of. Yet, under the “new Apple”, we get just those things. The iPhone 6 and the iPhone 6 Plus are the direct result of Apple listening to user feedback and responding to overall market preferences. App extensibility in iOS is another shining example of this. Lastly, I like that OS updates are free, and they have opened themselves to public beta testing.

I don't know what the future holds. Like I previously stated, unless Apple changes a few things, I will probably never purchase another Apple product for my personal use. However, I will say that my wife has been very happy with our iMac, and she likes managing our family photos with iPhoto. If she wants to get another Mac, then honestly, we probably will.