Granted, the images in emails that are opened with the GMail app for iOS are first scanned by Google. This does three things:

However, while a sender who places a tracking pixel in their email might not be able to know the exact location of the recipient,they would still know that the recipient opened the email, since the image automatically loaded. In Gmail on the web and in the GMail app in Android, Google gives one the option as to whether to load images or not, thus giving the user the option of letting the sender of the email know that they opened it. However, on iOS, this option has mysteriously not been available.

Until now... Google has finally fixed this in iOS, giving the user the option to load all images automatically or block them if they would like. Again, I know. This is probably not a big deal to you, but it made my day. 🤓 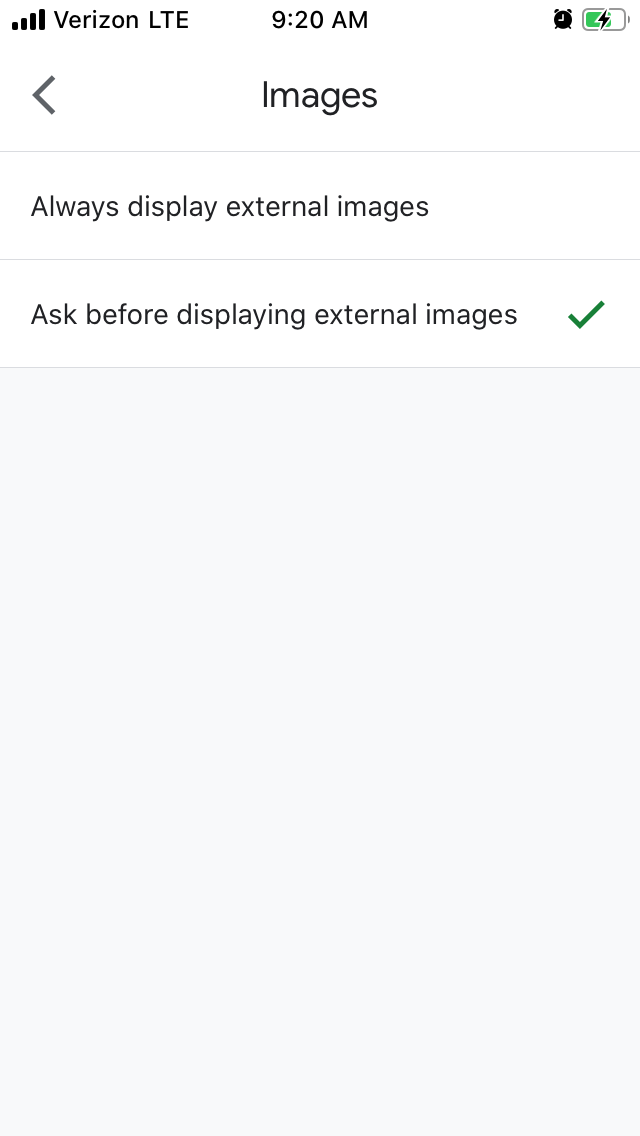