The Death of the Optical Disc 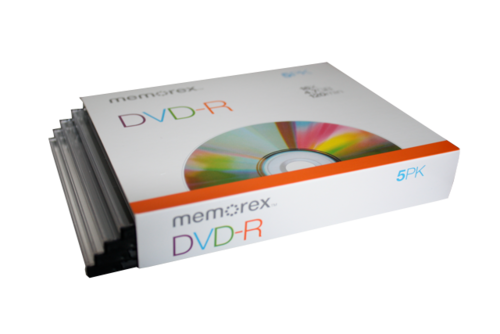 Let’s face it, the optical disc is all but dead, with many signs pointing to its eventual demise. While this thought has casually passed through my mind in the past, I never really dwelled on it until the other day as I was watching a review of the Neo Geo AES on YouTube [1]. During the video the reviewer made a comment about his preferance for the cartridge format over the optical disc. I happen to agree with the reviewer, and in my humble opinion, the demise of the optical disc cannot come soon enough. Why you may ask? The main reason that comes to mind is scratches.

The Rise of the Disc

In the late 80’s and early 90’s, computer files were transferred via “sneaker net” on 3.5 inch floppy disks. Music was listened to primarily on cassette tape, video games were played via cartridges, and movies were watched primarily on the VHS VCR. Floppy disks gradually gave way to the CD-ROM, which could hold significantly much more data than a floppy disk. One moment that stands out is when Apple, while only a niche player in the personal computer market at the time, omitted the floppy disk from the iMac. At the time, this move seemed crazy, but in time, other PC makers followed suit. In the video game industry, it was found that a CD-ROM could hold significantly more data than a cartridge, and once the initial complaints about slow load times and delays in game play were resolved through the introduction of more capable hardware, the CD-ROM (and eventually the DVD) became the dominant format within the home video game console industry. In short, the optical disc held significant advantages over its predecessors. For video games, the increased storage space offered by the optical disc allowed for better graphics and more realistic, in-depth games. For the music industry, the CD offered better sound quality over cassettes as well as the ability to quickly and efficiently skip tracks. For the movie industry, the DVD offered increased picture quality as well as the ability to add additional features to enhance the viewing experience.

From a personal perspective, I have a few pet peeves with optical discs. The first, and by in large the most glaring, annoyance is the fact that optical discs easily become scratched. I cannot tell you how many times one of my favorite CDs or DVDs was rendered useless plastic because of accidental scratches. The same goes with video games (where scratches can become particularly annoying once you have kids). Even though my two boys know how to properly handle the discs and for the most part do take really good care of them, they inevitably still become scratched. It is the nature of the beast. Our copy of Wii Play (you know, the game that was on the top sellers list for so long only because it included a Wii remote) will no longer even load. Mario Kart Wii is on its last legs - all due to scratches. Those are just two of many examples. The great thing about the older systems that I grew up with (such as the NES and the Genesis) was that one never had to worry about whether a cartridge would get scratched and be unable to play. The worst problem was dirty contacts on the cartridge, which could be easily resolved with some cleaning. I have 20 year old NES games that now work better than some new (read that scratched) games that we have for the Wii.

Discs are also slow. While load times have greatly decreased due to increases in hardware performance, discs are still too slow and cumbersome for me. For example, I hate burning files to CD or DVD because it just takes too long. I would much rather stick in a USB drive or an SD card and just drag and drop the file(s) and be done. USB drives and SDHC cards can have higher storage capacities than DVDs, and they are now fairly inexpensive. Blu-ray discs are great examples. The files sizes are huge, and as such, the load times (at least on my old, second hand player) make me want to pull what little hair I have left out. I would much rather download a movie through iTunes or stream one through Netflix. (As a note, my opinion here is based on the fact that I am not a huge high definition buff, and my eyes honestly cannot tell the difference between a Blu-ray movie and an HD movie streamed over a fast enough internet connection.)

What are the Signs of the Demise? 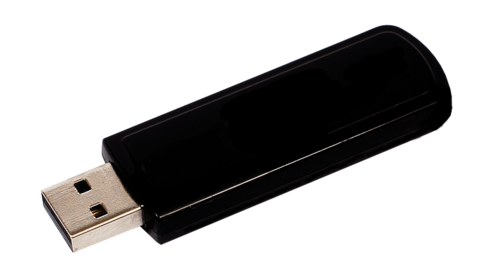 For starters, more and more services are being delivered via the Internet. As long as the pipes stay neutral (see this about Net Neutrality), delivery via the internet will continue to become the norm. iTunes is now the largest music retailer. It seems like every device, from a multitude of Blu-ray players, to stand alone devices like the Roku and Apple TV, to all three major game consoles, have Netflix streaming capabilities. Through services like XBox Live and the Wii’s Shop Channel, one can download both new and old games. Let’s also not forget Apple’s App Stores (iOS and Mac), as well as the Android Marketplace, the two of which are completely reinventing the way that people go about obtaining software.

They say that history tends to repeat itself, and Apple is arguably a very influential trend setter in the technology world. That said, I predict that the final nail in the coffin for the optical disc (at least in the personal computing world) will be the fact that Apple does not ship the Macbook Air with an optical disc drive or restoration media in DVD format. Instead, they ship all new Macbook Air machines with USB restoration drive. They are not the first to ship with no optical drive (think about the many netbooks that came before), but Apple, in my opinion, will certainly set the trend for larger notebooks starting with the Air. As a stop gap measure, they do offer a very inventive DVD or CD sharing feature.

While the optical disc is in no imminent danger of going away, the building blocks for a disc-less future are now in place. What are your thoughts?

[1] I love the Neo Geo AES and its games. The system was very much ahead of its time, and I have always wanted one. They were just too expensive.

Return to the Table of Contents