We have had our iMac since 2008, and and it has served us diligently as our family computer and media hub. It has never skipped a beat, and in all the time that we have had it, it has only crashed a handful of times. The OS (our iMac came with OS X Leopard) performed as well as it did the day we un-boxed the iMac. However, OS X Leopard is no longer supported by Apple, and third parties had long discontinued making and updating software for it. As time passed, the less useful the iMac became, and eventually it sat untouched in a corner of our bedroom, its use relegated to the times when my wife needed to quickly check something online while in the bedroom or when she wanted to upload photos from her DSLR. 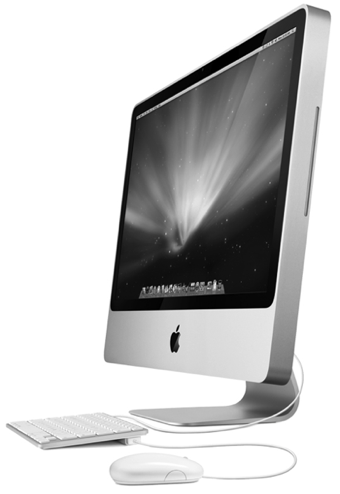 For a multitude of reasons, I never upgraded to Snow Leopard. When Snow Leopard came out, I did not see any reason to upgrade, as Leopard worked just fine for us, was still supported by Apple and only offered what I thought were a handful of performance gains. I also thought that I would just leave well enough alone. If it ain't broke, don't fix it. However, the introduction of the Mac App Store in later updates to Snow Leopard, and with the fact that Snow Leopard was necessary to update to Lion and then Mountain Lion, I knew that Snow Leopard was an eventual necessity.

I received Snow Leopard as a Christmas present this year, and on Christmas eve, once our extended family had gone home and Olivia went down for her nap, I proceeded to install it on our once forgotten iMac. I opted for an upgrade to my Leopard install, keeping all my data intact. What was I thinking holding off on this update? With Snow Leopard. my iMac is now faster than it was with Leopard. I now have Google Chrome (my browser of choice) back, and I am enjoying once again the benefits of having a "modern" Mac.

I plan to run Snow Leopard until the last possible moment, either until Snow Leopard is no longer supported by Apple or until right before they stop offering Mountain Lion as an upgrade in the App Store. At that point, I will add some RAM and upgrade to Mountain Lion. As long as the hardware holds up (logic board, hard drive, etc), I plan on keeping this iMac for at least 2-3 more years.

The lesson I learned from this is that while I will still abide by my "if it ain't broke don't fix it" philosophy, sometimes it takes some tender loving care and updating to truly get the most life out of something.