I happened upon this well written and photographed review of an iPod Mini yesterday, and it brought back a wave of nostalgia for my first (and favorite) iPod, a first generation iPod Shuffle. After I finished reading the review, I rummaged through the top drawer of my desk to find my old Shuffle. Sure enough, after a little digging I found it, and believe it or not, even after years of sitting tucked away in that drawer, the thing still had a charge. I popped my trusty Galaxy S4 ear buds into the headphone jack (the original Apple ear buds being long gone), and I listened to that old Shuffle while I worked - for about an hour and a half until the battery died.

I quickly remembered why I love the iPod Shuffle. It is the essence of simplicity, the essence of the does "one thing well" philosophy. The Shuffle is nothing more than an MP3 player. There is no calendar or web browser. There are no apps. There is not even a screen. You can play your tracks straight through in the order of your playlist in iTunes, or you can play your music in shuffle mode. I almost always used shuffle mode, as I enjoy the randomness. To this day, whether I'm listening to tracks on Google Play Music on my phone or I'm listening to Spotify, I still mainly only shuffle my songs. 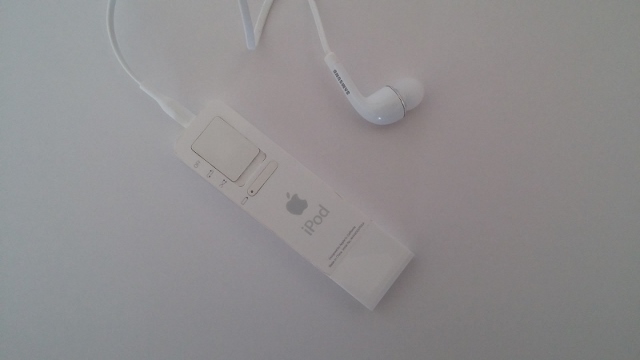 For such a tiny device, the sound quality on the Shuffle is actually pretty good. I conducted a brief experiment where I listened to the same track on my Shuffle, my 5th gen iPod Nano and my old iPhone 3GS, using the same set of headphones. To my untrained ears, there is a richness to the sound the Shuffle produces that is lacking from my 5th gen iPod Nano and my iPhone 3GS. The Shuffle sounds about the same as my LG G2 in terms of overall sound quality, but that comparison is a harder one to make because the file types being played are different on each device.

In terms of build quality, I can personally attest that the Shuffle is indeed built to last. It has been dropped, inadvertently sat upon, inadvertently stepped on, and was used and abused on a daily basis for about 4 years. However, it has for the most part retained its color, the white plastic only yellowing a tiny bit. The dirt from all those years of use has collected in various places on the Shuffle, especially on the back of the device near the power switch and around the headphone jack, but that is something that a good cleaning could remedy. The buttons and toggles all still work flawlessly. 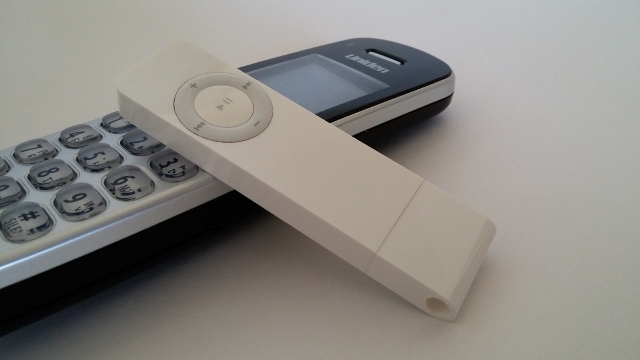 In terms of design, I think Apple got it right with the first gen Shuffle. It is super light weight, but not too small to hold. Yet, it is very easy to pocket. While the second gen Shuffle had a built in clip, which comes in very handy for using it while running and what not, I found the device itself to be a bit small. While the third gen Shuffle went back to the stick of gum look, Apple stupidly removed all the buttons from it, which severely limited one's headphone options. Apple went back to the design of the second gen shuffle for gen 4. The device itself is still a little small for my taste, but they did add voice over functionality. The first gen Shuffle would have been perfect with voice over.

I think I'm going to start using my Shuffle again on a regular basis. It's a shame to let such a great little device waste away in a desk drawer.