What I Miss About the Mac

Dave Rupert just wrote an interesting post about the four things that he misses about the Mac, 3+ years after having switched to Windows 10 as his main operating system. Dave brings up some great points regarding Windows, two of which (the resume from sleep and WSL slowness issues) also hit home with me.

I am technically still a Mac user. In fact, this past summer, I penned an ode to my 10 year old iMac. The build quality of the Apple hardware from the Steve Jobs era was second to none, and my iMac is no exception. It is still running as of the time of this writing, albeit a little slow. However, Apple will not allow it to run the latest version of Mac OS (or even any other version of Mac OS newer than OS X El Capitan), and it appears that they are no longer supporting El Capitan for security updates. Truth be told, even though it technically still works, no one in my family, including me, ever really uses that iMac anymore. My family and I moved on to other devices. 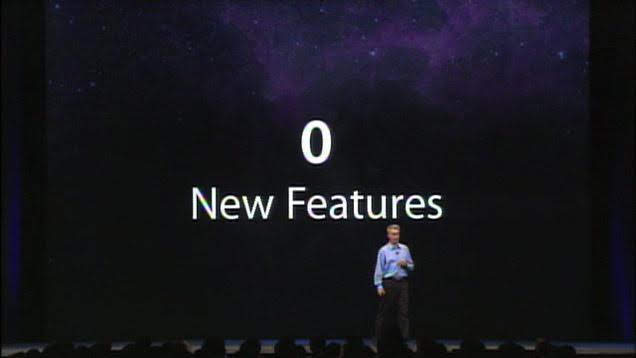 One thing I miss about using a Mac is the rock solid stability and performance of the operating system. Let me clarify. I specifically miss the rock solid stability and performance of Mac OS X Snow Leopard. Snow Leopard was introduced as a follow up to OS X Leopard. It famously added no new features, but rather provided lots of fixes for stability, along with the addition of Exchange support, as well as a number of other under the hood changes. The result was a rock-solid release that rarely crashed. Furthermore, Snow Leopard actually performed better on my iMac than did OS X Leopard. In my humble opinion Snow Leopard was truly the pinnacle of Mac OS. Under Snow Leopard, my iMac just worked. There were no worries about drivers. No troubleshooting was required. Mac OS X just got out of the way and let me do my thing.

Another aspect of using a Mac that I miss was this feeling that you were part of a little club of sorts. This is not so much the case now, since it seems like the majority of laptops I see out in the wild in places like coffee shops are some type of MacBook. But back in the day, seeing another Mac user out and about meant knowing that that person was most likely a like minded person when it came to technology.

Last but certainly not least, I miss that wonderful startup sound.